Koronadal City’s Hinugyaw Festival is here once more to bring the festive vibe to the city streets! Held every 10th of January, the festival is also the commemoration of the foundation anniversary of Koronadal City which was formerly called Marbel! It is now on its 77th year.
Hinugyaw is rooted from Hugyaw, a Hiligaynon term for merrymaking. Aside from dances and street revelries, the festival also showcases events like commemorative programs and stage plays to tell the history and colorful stories that contributed to what Koronadal is today.
The whole festival also reflects the peaceful coexistence of different ethnic groups (Christians who are mostly from families of pioneer settlers, the Maguindanaoans and the indigenous Blaan peoples) that inhabited Koronadal Valley in the heart of South Cotabato province.
Here’s the line up of events of the festival this year which will be starting in a few days: 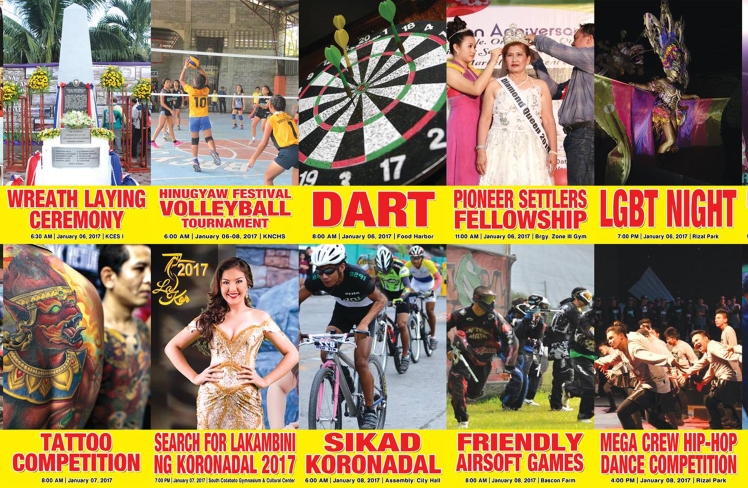